Introduction: The Pontiac GTO is considered by many the first true muscle car. Whereas other manufacturers were concentrating on their fullsize lines, Pontiac saw the potential for dropping a big block engine into an intermediate frame and marketing it at a budget price. Pontiac sneaked past the GM restriction on this combination by making the GTO an option on the Tempest model, creating the hottest performance machine yet. The GTO sold in great numbers and would fuel the competition between GM, Ford, and Chrysler that would keep the muscle car industry thriving for years to come. The GTO would later evolve into the Judge, an extroverted option package of the blotted GTO, and would continue the tradition until the GTO died an embarrassing death in 1974.

Comments: The year was 1964 and the early stages of the muscle car era were dominated by fullsize cars. At GM, corporate policy prohibited any intermediate size car from having engines greater than 330 cid. The engineers at Pontiac had a different idea. They boldly made their 389 cid engine an option on the midsize Tempest and called the option package GTO, which copied Ferrari’s GTO (Gran Turismo Omologato) model. The GTO package included the 389 V8, quick steering, dual exhaust, and premium tires, a bargain at just $300. The 389 cid engine came with 325bhp with a single 4bbl carb or 348bhp with the optional Tri-Power setup, 3 2bbl carbs. Pontiac hoped to sell 5,000 copies, they ended up selling 32,450. The car that was marketed under a Tiger motif but soon became known as the “Goat” would stand the automobile industry on end and lead to a host of imitators. But no one in the mid-sixties would get it together quite like Pontiac. 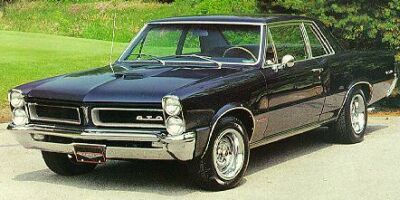 Comments: The success of the 1964 model prompted Pontiac to improve the GTO for 1965. Front and rear styling were changed with the GTO getting stacked headlights like Pontiac’s fullsize models. Both versions of the 389 were improved and Pontiac released an over the counter kit that would turn the decorative hood scopes into the first functional ram air setup. These improvements obviously worked as Pontiac sold 75,342 copies, of which 20,547 had the tri-power option.

Comments: Pontiac made the GTO its own model for 1966 and was rewarded with sales of 96,946 units, the highest ever for a true muscle car. The GTO was restyled again for 1966 with gorgeous coke-bottle contours with the roof and taillights receiving the most attention. Engine choices remained the same until mid year when GM banned multi-carb setups for all cars except the Chevrolet Corvette, probably in the face increasing emissions standards.

Comments: Undaunted by the death of their tri-power setup, Pontiac unveiled an all new 400 cid enlargement of the 389 cid engine. The rear and grill were restyled again and the new 400 cid engine was available in economy (255bhp), standard (335bhp), High Output (HO) (360bhp) and Ram Air (360bhp) versions. The tiger could still roar.

Comments: The GTO was drastically restyled for 1968 and gained GM’s new split wheelbase A-body. The GTO now sat on a 112 inch wheelbase but was still heavier than the 1967 models. The main news was the new Endura bumper, which was a rubber bumper that gave the car a bumper-less appearance. Furthermore, it was virtually indestructable, as demonstated in a famous commercial with John DeLorean bashing a GTO’s bumper with a sledgehammer, to no effect. A new option was hidden headlights, which were so common that many people thought they were standard. The engine choices remained the same, with the economy and standard 400 cid receiving more horsepower, and all engines were tuned for more torque at lower rpms. 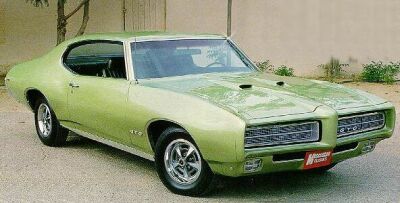 Comments: The big news for 1969 was the introduction of a new option for the GTO. Rumored to be a sleeper budget model to combat the Plymouth Road Runner, it actually was the opposite. Named after a phrase on the TV show “Laugh In”, the Judge was actually a $332 option package that included a new 366bhp Ram Air III 400 cid V8, outrageous body paints, a large rear spoiler, and decals throughout. New to both versions of the GTO was a Ram IV 400 cid V8 seriously underrated at 370bhp, as well as restyled taillights, deletion of the vent windows, and the discontinuation of the HO engine.

Comments: The GTO was radically restyled for 1970 and received a new front end with four exposed headlamps wrapped in a Endura bumper, new body creases, and a redesigned rear end. The economy engine was dropped, but a new 455cid engine was added (though it was not available until the end of the 1970 season on the Judge), signaling the end of GM’s ban on intermediates with engines greater than 400cid. The GTO had evolved into more of a luxo-cruiser than all-out muscle car, as was the market trend at the time.

A rare option on the 1970 GTO was the Vacuum Operated Exhaust (VOE – Option Code W-73) option. The VOE option was an attempt to simplify the old hot rod trick of opening up the exhuast system for more power. With the VOE option, the driver could pull on a knob under the dash and engine vacuum was routed to a diaphragm on each muffler. The diaphragm opened an internal baffle and gave the exhuast an express route through the muffler. The device reduced backpressure (and thus increased power), but it also significantly increased the noise level caused by the exhaust. This option was available only from early November 1969 through January 1970. That was when Pontiac aired a controversial commercial during the Super Bowl that showed off its VOE option. Top GM executives saw the commercial, and immediately cancelled the option, due to the Federal government’s increasing restrictions on emissions and noise levels. Only 233 GTO’s were built with the VOE option in that short time, which was priced at just $63.19. 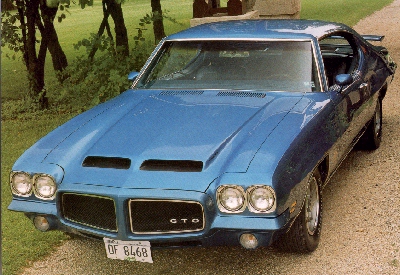 Comments: In 1971, Pontiac GTO sales which had been declining since the late sixties crashed. Only 374 Judges were produced (including just 17 convertibles), despite having the 455 engine as standard, and this would be its last year. The GTO was also in its last year as its own seperate model. Furthermore, GM announced that all engines would have to run on unleaded gas to meet new government regulations and compression ratios and power ratings plummeted. The front end was restyled and Pontiac tried to compensate for the drop in engine power by adjusting the axle ratio and carburetor but to no avail. Performance and sales were on the decline and nothing could hide that. 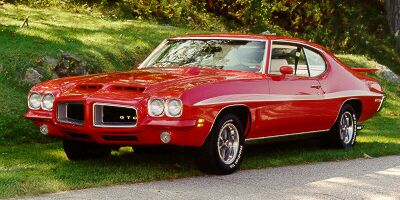 Comments: 1972 saw the GTO revert back to an option on the LeMans and Lemans Sport, costing just $353.88. The Judge was discontinued along with the convertible models (although one GTO convertible is rumored to have been built, along with three (gasp) GTO station wagons). The most noticable change was in the engine power ratings, which dropped dramatically. This difference reflected the industry switch from an engine’s gross output (power with no accessories) to its SAE Net output (power with accessories attached). This was supposed to be more representative of the actually power delivered to the wheels — although that didn’t really ease the pain for performance seekers. The 400 V8 was now rated at 250 bhp (net) while the 455 was available in either 250 or 300 bhp versions.

Comments: 1973 saw the end of the once great GTO. New government regulations eliminated the Endura bumper and added a heavy, odd-looking steel one. The hood and tail took on displeasing triangular shapes and this would be the last year the GTO would be based on the LeMans. The 400 V8 was rated at just 230 bhp while the 455 was rated at 250 bhp and was only available with an automatic transmission. 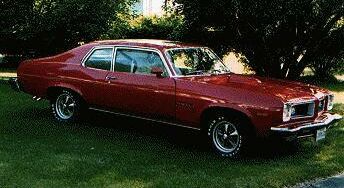 Comments: For 1974, its last year, the once proud GTO was reduced to an option on the compact Ventura, either as a hatchback or a coupe. Only one engine was offered, a 350 V8 rated at a mere 200 bhp. This marked the first (and only) time the GTO came with any engine smaller than 389 cid, but at least it came standard with the classic “shaker hood” air scoop. Although it died a painful death, the GTO will always be remembered as the Great One that started it all.